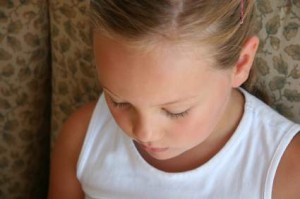 Child Protective Services is all about protecting children from abuse and neglect. Without child abuse or neglect, DSS has no authority to involve itself into your life.

When children are in the legal custody of South Carolina DSS, they are placed in foster homes.  These foster homes are licensed by DSS and the foster parents are agents of DSS. Every state receives a subsidy from the federal government for each child it has in DSS custody. But nothing comes free, and the federal government has enacted certain requirements which must be met in order to qualify for the subsidy.

A “merits hearing” must be scheduled within thirty-five days after the case is filed to determine whether removal of the child is necessary. Before the court can order that a child be removed from the custody of her parent, it must make a finding that the allegations are supported by a preponderance of evidence (1) that the child is an abused or neglected child and (2) that allowing the child to remain with the parents would place the child at unreasonable risk of harm and the child cannot reasonably be protected from this harm without being removed.  South Carolina Code Section 63-7-1660.

Finally, DSS must file and serve a motion for the family court to review the status of any child placed in foster care to determine a permanent plan for the child. The hearing on this motion is called a “permanency planning hearing” (PPH). The PPH must be held no later than one year after the date the child was first placed in foster care. At the PPH the court reviews the status of the child and the progress being made toward the permanent plan, which it approved at the removal hearing.

The court’s order must make specific findings that (1) the treatment plan was reasonably calculated to remedy the conditions which led to the removal and (2) that DSS made reasonable efforts to preserve or reunify the family.  South Carolina Code section 63-7-1700.

Understanding this process can help you work with your attorney if you’re facing a DSS petition alleging abuse or neglect. For more information, check out the Caseworker Guide here.