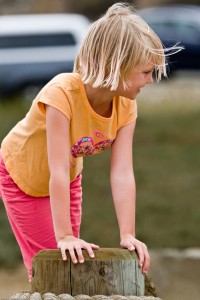 If the South Carolina Department of Social Services investigates a report of suspected child abuse or neglect, it may determine that the alleged abuser is not a parent, guardian, or other person responsible for the child’s welfare.

Recent reports in the Charleston Post and Courier illustrate this point.  An 18-year-old babysitter was charged criminally with homicide by child abuse in the death of a two-year-old in North Charleston, South Carolina, after a coroner’s jury found the babysitter responsible for the child’s death.

This babysitter was charged with a crime, but, because she only had incidental contacts with the child, she is not, by definition, a person responsible for the child’s welfare.  Absent more, DSS would not get involved beyond completing its investigation.

What more would DSS need?

If the mother were the one who were directly responsible for the child’s death, DSS would obviously have to open a case.  But let’s suppose that, in our fact situation above, DSS discovers that the mother left her child with a babysitter knowing beforehand that this babysitter had a history of child abuse or was mentally unstable.  (It happens, folks.)  By leaving the child with a person she knew or with reasonable certainty should have known was unsuitable to supervise young children, the mother neglected her child and DSS would be obligated to take action to protect the child from further neglect.

When DSS finds that there is probable cause to believe that child abuse or neglect has occurred, it must make a decision whether removal of the child is necessary to protect the child from further abuse or neglect.

Maybe the threat can be removed instead of the child.

Maybe a caregiver can preempt removal by taking proper action to protect the child from further abuse.  For example, mother and child may live with child’s widowed maternal grandfather.  Mother discovers that grandfather has struck or sexually abused the child.  She immediately moves out of the home (or demands that grandfather move out), takes the child for a medical exam, and reports grandpa to the local law enforcement agency.  By demonstrating that she is willing to protect the child and hold its interests above other family ties, she will avoid losing custody to DSS.

Too often, a custodian (typically the mother) gets into trouble when she goes into denial– even in the face of overwhelming evidence–and chooses to stand by her man after he is accused of abusing her baby.  A reasonable, protective course of action is always the best defense.