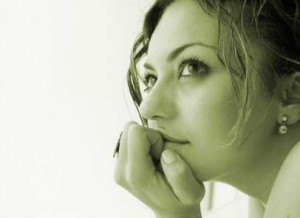 The South Carolina Department of Social Services (“DSS”) does not always remove an abused or neglected child from her parents.

The goal is to protect the child from further abuse or neglect and to remedy any physical, emotional or psychological harm the child may have suffered.  Maybe the threat can be removed, instead.

DSS is not a therapeutic agency, and has no qualified treatment professionals on its staff.  Instead, remedial and therapeutic services are provided through community resources.  DSS will make a referral for an evaluation designed to diagnose the specific problem which led to the abuse or neglect.

DSS can then formulate a treatment plan designed to treat and remedy the problem.  This treatment plan usually includes specific assessments of the parents to determine if they are in need of specialized treatment such as alcohol or drug or mental health services.

DSS will also refer the children for evaluations.  Many parents learn through these evaluations that the child that they thought was simply resistant to discipline is actually autistic or, perhaps, suffering from Oppositional Defiant Disorder, or ODD.

The problem might be such that it can be remedied relatively easily and quickly.  Example: A National Guard wife, whose husband is on annual training at Ft. Jackson, South Carolina, and their child are involved in an automobile accident.  The mother is transported to Greenville Memorial Hospital with non-life threatening injuries and kept overnight.  There is a threat of harm by neglect because the only available caregiver is incapacitated.  But the father is located quickly through his unit and transported home within 24 hours.  As the child’s parent, he is its legal custodian and the child is promptly returned to him.

Sometimes DSS will investigate a report and find that the child has bruises on his buttocks which are consistent with having been spanked with a leather belt.  In a case of excessive corporal punishment, the offending parent may agree to move out of the home in order to protect the child from the trauma of being removed from his family, school and friends.

While no one wants to cooperate with an agency that is at times perceived as a child-grabbing vulture, a parent’s respectful attitude when DSS comes knocking may have a favorable effect on DSS’s decision to offer in-home treatment and services rather than remove the child.