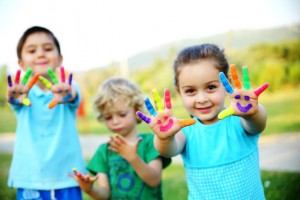 Services from DSS after case investigation

When DSS completes its investigation into new allegations of child abuse, it can, in its discretion, elect to offer treatment services to the family without filing a court case and without a court order. Such services are voluntary. However, if the family rejects these voluntary services, DSS will most likely file a court case and ask the court for a formal finding by the preponderance of the evidence that the accused perpetrator did, in fact, abuse the child.

DSS must make its decision that the report is “unfounded” or “indicated” within 45 days of initiating the investigation. The DSS director may extend this time once only for an additional 15 days, but only if the director finds good cause and documents the extension in the case file before the 45 days expires. Once DSS makes its determination, it issues a “Case Determination Letter.” DSS then, depending on the perceived severity of the alleged abuse, either files a court case or offers a treatment plan which, if the family accepts, avoids a court action. The case determination letter must be accompanied by a “Notice of Right to Appeal.”

And herein lies the trap.

A person determined to have abused or neglected the child may appeal an indicated finding which is not being brought before the family court for disposition. This administrative appeal is made to DSS and must be scheduled and conducted in accordance with the department’s fair hearing regulations.

So where is the trap? DSS will in all cases attempt to trump the appeal by filing a court action in response to the appeal, i.e., after the appeal is requested. Note that in #3 above, there must be a pending court case before DSS can stay the appeal. DSS’s loose interpretation of the law appears to my mind to be an illegal interference with an accused person’s constitutional right to appeal.

The necessity of seeking out competent legal counsel when involved in any type of DSS investigation cannot be overemphasized.