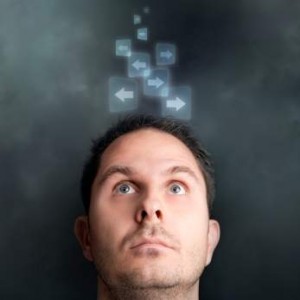 Many times DSS asks a family to allow their children to go live with a family member while DSS completes its investigation into allegations of child abuse or neglect. This accomplished by way of a safety plan.

The safety plan is to be signed by the parents, the protectors (grandparents) and DSS, and is valid for only 90 days. But the investigation must be completed within 45 days, unless this time period is extended. If the case is returned as founded, DSS may offer the parents a voluntary treatment plan. If they agree to the treatment plan, DSS will not file a legal action. What happens next often turns into a nightmare.

I get calls every day that a child has been in a relative’s custody often for a year or more, that the parent has completed her treatment plan and has all of her completion certificates, but that the grandparents won’t give her back her child and DSS won’t return her calls. What can she do?

The following report is typical of many received in this office on a more or less regular basis:

My son has been with my mother since August 15, 2013. My husband and I both have an opiate addiction. We have been clean since August 1st. DSS requested that we take a hair follicle drug test. We knew what was going to happen, so we went to DSS and talked to our case worker. We were completely honest and admitted that we would test positive for illegal substances. We had also started the Suboxone treatment on our own, so it was obvious we wanted to be clean. The DSS caseworker told us that we needed to set up a safety plan with a family member, so we did with my mother. On the 55th day of the investigation, we were told our case was indicated for neglect and that we had to get a treatment worker who would set up a treatment plan. A month passed before we were given a written treatment plan which included drug and alcohol classes, parenting classes, maintain a stable home and employment. Later, the caseworker added that we need to have a psychiatric evaluation. Now we are waiting on an appointment for that. Our son has been gone 4 months. DSS has not even finished telling us what to do and this is supposed to be done in 6 months, I don’t understand how. My husband and I do everything she asks of us. We are not able to attend every single class of the week but we work and cannot lose our jobs, or she won’t let him come home for that. But we do, we go, we participate anything that is asked of us. Where my son is right now was the best place other than foster care. But he has changed so much. There is no discipline, so his attitude is getting horrible and he used to be such a sweet boy. I need him back home with me. It’s hard for us to see him because he gets out of school at 2:15, she usually runs errands, and when she finally gets home, it’s dinner time and they eat out every single night, which is not good for him. By the time he gets back to her house, it is 7:00 p.m. and she won’t let us come over. She says he has to bathe and go to bed. Every time I see him he is more and more distant and you can tell he is mad at me. I do not blame him. It’s tearing us apart. I need to fix it while I hopefully still can. When I go over there to take care of him and she tries to do something, I’ll tell her ‘I got that.’ She will tell me, ‘Oh, I’m sorry. Sometimes I forget you’re his Mother.’

This particular case was not a court case. DSS came in and allowed the child to go live with his grandmother pending the DSS investigation. DSS then instituted a treatment plan for the parents which would lead to reunification for their child. Unfortunately, while the treatment plan addressed the parents’ shortcomings, it failed to address reunification. There was no set goal which the parents could work toward with any realistic expectation of getting their son back on completion.

I am happy to say that we were able to get DSS to reword the treatment plan and that unsupervised weekend visitation has now commenced. After three successful unsupervised weekend visits to allow the child to readjust to coming home, DSS will assess the progress for reunification. This family has done everything that DSS has asked of them and I have no doubt that reunification will occur on or before the end of the school year (about 5 weeks from this writing).

If you’re in this situation with a seemingly never-ending treatment plan, it’s best to retain an attorney who can advocate for you. The ultimate goal of the treatment plan must be reunification. And the plan can’t go on forever.