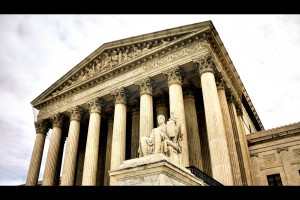 Families caught up in DSS investigations are faced with many questions concerning their rights. Anxiety arises from their general unfamiliarity with the process, even if DSS has not yet filed a petition alleging abuse or neglect. Typical questions are: “What are my rights?” or “Do I need a lawyer?”

WHAT ARE MY RIGHTS?

South Carolina Courts have repeatedly held that parents and children hold reciprocal  rights in each other.  That is, the relationship–from both perspectives (child to parent, parent to child) is a protected right. The government can’t impose itself into your life and the life of your family without complying with specific procedures designed to protect your rights.

Regardless of whether DSS has filed legal action, you have a Constitutionally protected right to due process. The 4th Amendment to the United States Constitution guarantees our right to “be secure in [our] persons, houses, papers, and effects, against unreasonable searches and seizures.”  The South Carolina Constitution contains similar provisions.

BUT DO I NEED A LAWYER?

I conducted an informal count on the Children’s Code and found ninety-eight separate code sections pertaining to child protection simply by scrolling through the online text. There may be more or less. The code covers everything from investigations of alleged child abuse and neglect, administrative appeals, foster care and termination of parental rights. Some of the individual code sections cover pages of text. Each of these code sections have been parsed and interpreted by the appellate courts. The burden of proof by which the DSS attorney must prove that child abuse or neglect occurred is relatively light–preponderance of the evidence. In other words, it is more likely than not that child abuse or neglect occurred at the hand of the accused? He only has to convince one person, the judge; there is no right to trial by jury. And the judge, if she makes a mistake, will most likely err in favor of protecting the child. With the stakes this high, you should not attempt to fight DSS without having a lawyer.

I WAS LAID OFF AT WORK.  HOW CAN I AFFORD A LAWYER?

If you cannot afford a lawyer, you can apply for appointed counsel.  If you qualify, one will be appointed to represent you.  You will file an application with the clerk of court and submit your income data by filing a comprehensive financial declaration.  If your income falls below the federal poverty guidelines, the court will appoint a lawyer to represent you.

If you earn more than the guidelines, it is presumed that you can afford to pay for your own lawyer.