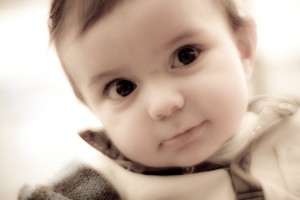 Life’s unfortunate circumstances may so impact a mother that she must decide that she simply cannot raise her newborn infant.

Too numerous are the instances where a new born infant is found abandoned in a public restroom or deposited in a dumpster. A mother may prefer to make the decision to give her child up to a third party who can better provide for the health, education and welfare of the child.

SC Code Section 63-7-40 (commonly referred to as Daniel’s Law, which I’ll refer to as “the law”) was enacted to discourage the abandonment or casting off of infants by mothers who, for whatever reason, are either incapable of or unwilling to provide suitable care for the infant. The law provides a safe haven for the child and legal protection from criminal prosecution to the mother. Mother’s protection is not absolute, however, as will be discussed further in this two-part post.

The law defines “infant” as a person not more than thirty days old and “safe haven” as a hospital or hospital outpatient facility, a law enforcement agency, a fire station, an emergency medical services station, or any staffed house of worship during hours when the facility is staffed. The act of leaving an infant with a safe haven is conclusive evidence that the infant has been abused or neglected and is also conclusive evidence that the requirements for termination of parental rights have been satisfied as to any parent who left the infant or acted in concert with the person leaving the infant.

There are protections from criminal prosecution in most instances. A person who leaves an infant at a safe haven or directs another person to do so may not be prosecuted for any criminal offense on account of such action if:

This subsection does not apply to prosecution for the infliction of any harm upon the infant other than the harm inherent in abandonment, such as a battered child or a child born positive for controlled substances.

The obligations of the safe haven and DSS will be explored in our next installment.